It is now 25 years since the last retail recession. Most CEO’s and Retail Executives have never experienced a recession. It is timely to remind Retailers of 5 Essential Strategies to Adopt to survive if we are unlucky enough to hit the “Retail Wall”. 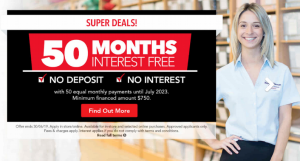 Things are tough in retail land, arguably the last 3 months have been the worst in 10 years. They say you know when retail is really bad when Harvey Norman offers 5 years interest free. Currently they are offering 50 months so it’s getting close and is a reflection of tough trading conditions.

It’s this last point that is a game changer as consumers flex their market power by taking advantage of retailer’s market predictability. November 2018 should have been an early warning for all retailers when consumers abandoned traditional December Christmas Shopping for a 20% + Discount in November via Black Friday, Cyber Monday and Singles Day. The days of predictability and sameness is over if you want to prosper.

We expect several retailers will fail during the next months and yet it is not all bad news as the Direct to Consumer Retailers and New Brands enter the market replacing “traditional” retailers and or muscling in on profitable segments.

Consumers needs and their demands are evolving very fast which calls for innovation, combined with speed and agility by our retailers. In a downturn, needs and demands should be adopted. So here are 5 strategies for survival.

Things to Do – “In or Going into a Retail Recession”

Cutting costs and then waiting for things to get better is the worst thing you can do. With digital disruption and eommerce increasing customer expectations, if you try and sit out the recession the ground you will need to make up when it finishes will be too great. It is better to adopt transformation principals to cut deep and spend wisely. 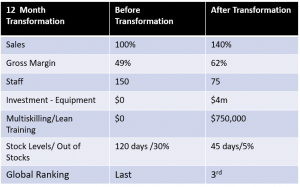 In Australia, one of the best examples of a consumer business transforming themselves was a global consumer company whose manufacturing facility had deteriorated to the extent that senior management was given 12 months to complete a turnaround with the goal of increasing gross margin from 49% to + 60%. This goal was achieved by cutting staff by half and reinvesting some of the proceeds in new equipment and retraining the remaining staff to increase productivity. This turnaround was achieved in tough times with a save and spend strategy.

For retailers, the mindset should be similar “What would we do if we had 12 months to survive?”. Act accordingly.

Plan for the future

Most recessions last around 2 years. For example, over the last 5 global property crashes, the downturn in property lasted around 6 years. The respective economies goes into recession in year 2 and the recession was over in Year 4.

The most successful companies according to a McKinsey Podcast in April 2019 were were the ones that anticipated the bottom of the downturn then were “ratcheting it back up fast enough when the recession is done? Often what happens is that people ratchet down, and then they wait too long to bring it back up.”

Think 2 Years and be ready to move.

It might sound counter intuitive, however during tough times invest in areas that are growing. For example, ecommerce is growing at a rate of 20% + per annum investing here as opposed to bricks & mortar will pay dividends.

One of our customers in tough times provided a full-time resource to an eCommerce Market Place for a year to load and manage product pages and provide analysis support to reduce out of stocks. Sales doubled each year for 2 years and made up for any shortfall in the rest of the bricks & mortar business

Invest in Productivity Improvement and let go of Underperforming Staff

Investing in productivity improvements comes with little or no net cost as you generate more output for the same resources. An example was one of our low service fashion retailers in the Global Financial Crisis. They anticipated a downturn in sales. Because of this, they trained their staff to get out from behind the counter and offer advice when it was slow in store. Items per sale went from 1.8 items to 2.1 items and they were able to maintain sales growth.

Most retailers should be able to identify staff that are not performing. This could take many forms such as unsuitable for the job role, wrong attitude, under perform especially when under pressure. The role is replaceable by technology, resist change and so on.

For example, we have tested over 1,000 store managers in 5 national retailers using a job fit assessment. As a result, around 30% were not suitable to the job role. It’s easy to start here. And it’s also a lot cheaper to replace these managers with more productive individuals than hold onto them.

This is one of the hardest things to do for a retail professional however one of the easiest to identify.

When times are tough, it is the best time to review all aspects of the business and look for improvements. This should be done in a holistic manner.  Furthermore, competing interests and agendas can be prioritised to make the most of limited resources. 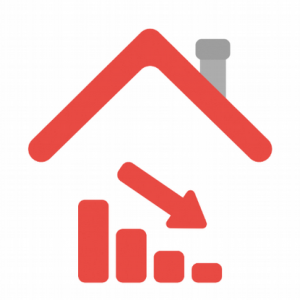 The best way to do this is to

Building a transformation strategies always works better using an outside resource for several reasons including the sensitivity in regard to “hard decisions”, internal resources availability and capability and experience in developing strategy.

No one can predict a downturn; however, a sensible approach is plan for the worst, hope for the best.

How to Keep Your Customers Coming Back
Brent Newey Mar 5, 2020

Want To Know How To Compete With Amazon?
Roger Simpson Feb 3, 2020

How to Keep Your Customers Coming Back

Want To Know How To Compete With Amazon?

Effective Methods for Cross-Selling and Upselling