Malcolm Dawes is the most sought-after authority on people performance and effectiveness. He is a recognised expert in showing people how to increase their interaction effectiveness through behavioural change. For many years, Malcolm has experienced first-hand the struggles senior executives face with accelerating the performance of their teams. He has appeared on a host of radio and TV interviews; in The Australian Financial Review Business Magazine and had articles published in numerous journals. Malcolm has been a guest speaker at many conferences and seminars around the world; and is a judge of the PRIME Awards since their inception in 2005. Married and a father of three sons, his career has included many disciplines including retail, nursing, marketing, sales management and organisational performance. He is also a volunteer firefighter in the New South Wales Rural Fire Service. In his latest book “Team Performance: Why Can’t We All Get Along?” Malcolm dispels 10 myths that many senior executives have about unlocking the true potential of their teams. He highlights the core issues of human nature and shows how understanding behaviours as a leader and coworker is the key to team success. 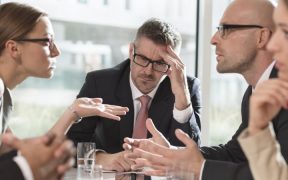 Human Resources, Learning, Retail Learning
Why Can’t We All Get Along at Work?
Malcolm Dawes Aug 1, 2019