Is it time to go fully digital? – How payments technology can help improve the bottom line 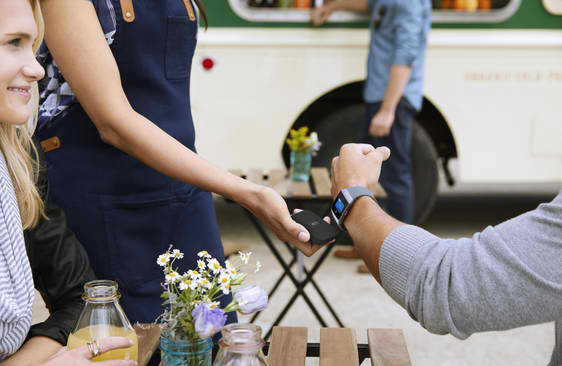 Cash is one of the biggest bugbears for Australian businesses. It can be inconvenient, costly and comes with risk. If you’re in food service, handling actual dollars and cents can be a health risk, and for every retailer, cash carries with it a greater potential for opportunistic theft.

Not only is it a hassle cashing up at the end of the day, there is the cost to the bottom line. Accepting cash and cheques costs businesses about 7 cents of every dollar received, considerably more than every dollar collected from digital sources. Meanwhile, electronic payments are more convenient, provide advanced security and enable new opportunities to combine face-to-face and online retail.

Australian consumers lead the way when it comes to adopting new payments technology. Contactless or ‘tap to pay’, accounts for 94% of Visa’s face-to-face transactions. So, it should come as no surprise that two of our major cities – Sydney and Canberra – were called out as ‘Digital Leaders’ in a global study by Visa called ‘Cashless Cities’. Out of 100 cities cited, only nine were given this title. A Digital Leader is a city with populations that are nearly fully banked, have developed banking and digital payments systems, and are already among the world’s leaders in digital payments usage and infrastructure readiness.

The advantages to businesses going cashless were quantified in the report. Businesses in Sydney could achieve up to AUD$9.84 billion in direct net benefits per year, with Canberra potentially achieving more than AUD$798 million1. These benefits included factors such as time savings in payments and increased sales revenue stemming from an extended customer base, both online and in-store.

Meanwhile, consumers across Sydney and Canberra could achieve nearly AUD$851 million per year. This was from estimated direct net benefits such as time savings from direct banking, retail, and transit transactions1. Governments also stand to gain when the economy goes cashless, through increased tax revenues, economic growth, and cost savings from efficiencies.

Sydney and Canberra may have been highlighted in the Cashless Cities report, but I’d suggest many cities and towns across Australia are digital leaders.

So, now that you know how much it could pay off, as a retailer you might want to ask yourself the question: is it time to go fully digital?

Tags:
Previous Article
WE ARE NOT IN A RETAIL RECESSION, ITS WORSE – THE IMPLICATIONS ARE EXPLOSIVE FOR MANY OF OUR BEST-KNOWN BRANDS
Next Article
Warehousing À La Carte

Keep The Change: It’s Time To Talk About Financial Wellbeing

Signs Your Small Business is Losing Money or Going Backwards